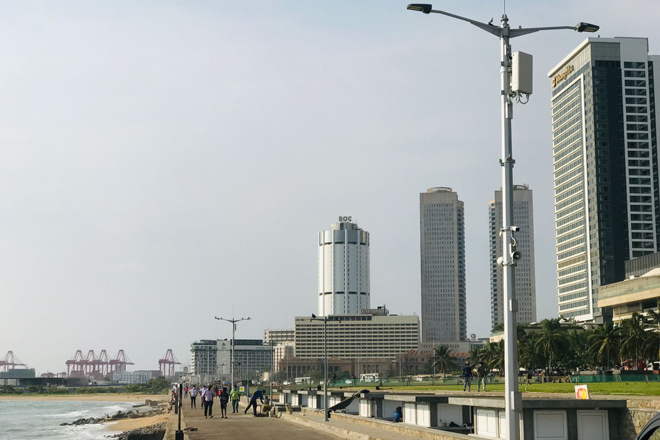 The Central Bank of Sri Lanka today published “Recent Economic Developments: Highlights of 2022 and Prospects for 2023”. The publication can be downloaded via the Central Bank Website in Sinhala, Tamil and English languages.

An overview of the performance of the Sri Lankan economy in 2022 as reflected in “Recent Economic Developments”, and infographics published therein, are given below: The Sri Lankan economy, which faced extreme headwinds and heightened uncertainties during the first half of 2022, has shown signs of stability in the second half of the year thus far, helped by the myriad of multifaceted policy interventions undertaken to steer the economy to transition towards a path of stable and sustainable growth over the medium term.

Although the economy was on a recovery path subsequent to the abating of the COVID-19 pandemic, its progress was muted by the culmination of the entrenched twin deficits in the government budget and external current account. Hence, the growth momentum observed towards the end of 2021 dissipated rapidly and the real economy fell into a contraction during the first half of 2022, driven by the spillover effects of the unprecedented economic crisis felt across several sectors, owing to fuel shortages, power outages, widespread scarcity of key imported raw materials and other essentials, and the soaring cost of production, among other factors.

The steady rise in inflation to historically high levels since the beginning of the year has hollowed out household purchasing power. This anomalous rise in inflation stemmed from domestic and global supply side disruptions, the undertaking of long overdue adjustments in administrative prices, the sharp depreciation of the Sri Lanka rupee against the USD, and the release of pentup demand pressures emanating from the lagged impact of monetary accommodation in the recent past.

Moreover, the expansionary fiscal policy with the low tax regime introduced in late 2019 fueled inflation, not only by directly enhancing aggregate demand but also by necessitating monetary financing to bridge the expanding budget deficit amidst the lack of access to international capital markets following the rating downgrades.

The monetary tightening efforts, which commenced in August 2021, accelerated thus far in 2022 to avoid possible de-anchoring of inflationary expectations and arrest lingering demand driven pressures. Supported by these measures and the easing of supply side pressures, inflation commenced moderating along the envisaged disinflation path in October 2022.

Meanwhile, the passthrough of monetary tightening measures coupled with persistently tight money market liquidity conditions led to sharp upward adjustments in market interest rates resulting in a substantial decline in private sector credit. Nevertheless, net credit to the Government by the banking system expanded notably amidst low government revenue and limited access to foreign financing sources. The growth of broad money supply (M2b), once adjusted for the impact of the depreciation of the rupee, has registered a deceleration from its peak in April 2022 driven mainly by the contraction in private sector credit and the decline in net foreign assets of the banking system.

During the year, servicing of external debt became increasingly challenging, given the lack of access to international markets due to consecutive sovereign downgrades and the bunching of large foreign debt service payments amidst lacklustre foreign exchange inflows. With due consideration to these challenging circumstances, the Government announced a standstill on external debt servicing on account of bilateral and commercial loans for an interim period commencing from 12 April 2022.

In the period thereafter, with the intention of helping the economy to transit to a stable and more sustainable footing, the Government embarked on a reform programme through the introduction of a slew of measures to increase both tax and non-tax revenue, while continuing its drive to further rationalise expenditure through the curtailment of non-urgent capital expenditure and recurrent expenditure. Further the Government opted to seek financial assistance from the IMF by way of an EFF arrangement. However, the overstretched fiscal position, which is already weighed down by soaring levels of debt, offered little fiscal leeway to undertake measures that could catalyse the economic recovery process.

The external sector also continued to grapple with heightened challenges amidst the dearth of liquidity in the domestic foreign exchange market. Despite the subduing of import demand and the announcement of the debt standstill, modest inflows to the current and financial accounts were insufficient to tame pressures on the exchange rate. The external current account deficit widened in the first half of 2022, compared to the same period in 2021. The trade deficit narrowed due to the moderation in imports driven mainly by import control measures, lack of availability of foreign exchange in the market, depreciation of the exchange rate, tighter monetary conditions and the robust export performance. Tourism earnings recorded some turnaround, while workers’ remittances remained subdued despite recording some revival in recent months.

The heightened pressures on the exchange rate necessitated a measured adjustment, which was allowed on 07 March 2022. However, the sparse liquidity conditions in the domestic foreign exchange market and adverse market perceptions caused a sharper than expected depreciation of the exchange rate. With a view to curtailing excessive and speculative volatilities in the intraday exchange rate, the Central Bank commenced providing guidance to the market by announcing a middle rate and a variation margin of the interbank weighted average spot exchange rate from 13 May 2022. This enabled restoring stability in the exchange rate to a greater extent and minimising the gap between official and grey market exchange rates. The engagement with the IMF on a macroeconomic adjustment programme progressed on many fronts, with a staff level agreement for an EFF being reached in early September 2022.

The debt restructuring process has also reached an advanced stage. The economic issues in Sri Lanka are encapsulated in deeply entrenched structural weaknesses that are a culmination of the lack of policymakers’ commitment to undertaking holistic and efficacious reforms over the long run.

The IMFEFF programme will provide an opportunity to embark on much needed and long neglected structural adjustments in a more structured and timely manner, which will be instrumental in shaping the economy to progress on a trajectory of greater stability and sustained growth. Nevertheless, the expected nearterm recovery of the economy is fraught with many challenges due to the unprecedented scale of the crisis that the economy is facing and uncertainties on several fronts which may require swift policy actions as circumstances evolve. In the midst of significant economic challenges on the domestic front, the economy will also have to grapple with global uncertainties emanating from monetary policy tightening measures adopted by major central banks in response to surging inflation, the spillover effects of geopolitical tensions and thereby a looming global recession, which will make the external environment less conducive for economic recovery. Considering the progress that has been made thus far in relation to the IMF-EFF programme and debt restructuring negotiations, and the reforms that have already been undertaken and those that are to be implemented in the period ahead, the economy is expected to transition onto the path to recovery from the latter part of 2023.

Nevertheless, this will hinge on policymakers’ unwavering commitment to implementing policy reforms in a timely, holistic, and efficacious manner while ensuring that such commitment remains unhampered by political and election cycles. This is imperative to prevent any oscillations of national policies in the crucial period ahead in order to strengthen the economy’s resilience to external shocks, thereby ensuring its unwavering progress over the medium term